A quick view of the most influential metrics in Fairchilds.

Fairchilds is a village in Fort Bend County, Texas, United States, within the Houston–Sugar Land–Baytown metropolitan area. The population was 763 at the 2010 census, up from 678 at the 2000 census. As of 2015 the population had risen to an estimated 1,027.

The center of Fairchilds is located 4 miles (6 km) northeast of Needville at the intersection of Farm to Market Road 361 (Fairchilds-Long Point Road) and Needville-Fairchilds Road. The Fairchild Farmer Co-op Gin and a few other businesses can be found near the intersection. Established in 1890 by three men of German descent, the community is named after a man who settled there around 1840.

View our selection of available properties in the Fairchilds area.

Check out the latest demographic information available for Fairchilds.

Get to know Fairchilds better with our featured images and videos. 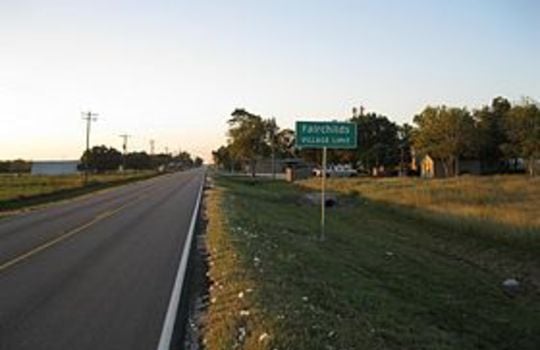 Learn more about schools near Fairchilds complete with ratings and contact information.

The Best in Fairchilds

Browse through the top rated businesses in the most popular categories Fairchilds has to offer.